This is our list of top grocers for 2020. The most recent list of the top 10 Grocers in the United States can be found here.

The FoodIndustry.Com list of the top 10 grocery chains in the US by revenue – 2020 Edition.

1. WALMART INC.
Walmart’s 2020 grocery sales were $341 billion from 4,756 stores. Walmart owns Sam’s Club which itself boasted total revenues over $35 billion in 2020 grocery sales. We have combined Walmart and Sam’s Club’s for purposes of this list. Although Walmart is not classified as a supermarket it dominates the U.S. grocery market and is, by far, the largest food retailer in the country so we keep it as the number one grocery chain. Walmart has more than a 26% share of all groceries sold and in some locales it commands a 90% market share.

2. THE KROGER CO.
Revenues of about $122 billion across its 2,757 stores operating under the Kroger, Harris Teeter and Smith’s banners. While Walmart and Amazon both sell more grocery items, Kroger retains it’s claim to being the largest supermarket chain in the country.

3. COSTCO WHOLESALE CORPORATION
In the US, Costco sells both branded and private-label grocery products online and through about 543 stores. Costco’s US grocery sales came in over $103 billion 2020 making them a major grocery chain. We’ve added Costco Warehouses to our list which was not on our previous list.

4. ALBERTSONS COS. INC.
Revenues in 2020 of $62 billion across its 2,252 stores operating under the Safeway, Albertsons, and Vons grocery banners.

5. AHOLD DELHAIZE USA
Revenues were more than $44 billion across 1,973 supermarkets operating under its Food Lion, Stop & Shop and Hannaford banners.

6. PUBLIX SUPER MARKETS INC.
$38 billion in revenues at 1,258 stores locations primarily in the state of Florida and other states in the Southeast.

7. H.E. BUTT GROCERY CO.
One of the few privately owned chains. Estimated 2020 revenues of $28 billion from over 340 stores primarily in Texas.

9. WAKEFERN FOOD CORP.
With revenues of $16.6 billion, Wakefern is a retailer owned cooperative that includes 354 supermarkets. These operate under the ShopRite, Price Rite, The Fresh Grocer, Dearborn Market and Gourmet Garage banners.

10. TIE: ALDI INC. & WHOLE FOODS MARKET
It’s difficult to extract exact sales number for Aldi and Whole Foods (a division of Amazon) but they both are estimated to have had 2020 revenues between $15-$16 billion so we have them tied for final inclusion in our top 10 US Grocery chain list. Aldi’s has an aggressive expansion planned for its US based operations. It’s unclear whether Amazon will or will not invest its Whole Foods brand which has suffered store count losses since it was acquired in 2017, including the shuttering of its ‘365’ stores. 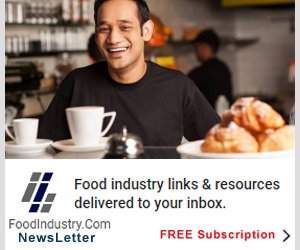