How war in Ukraine disrupts the global food chain

Food prices, already strained due to the pandemic and supply chain problems, will rise even further and adversely impact consumers across the globe. Russia’s invasion of Ukraine has disrupted wheat production, fertilizer supplies and nearly every agricultural commodity worldwide. All this is further aggravated by transportation costs that will rise as fuel prices reach historic levels.

The cost of wheat on the world market is up by over 60 percent (year to date) to nearly $13 a bushel. Traditionally, the average cost for a bushel of wheat falls between $6 to $8. Today’s wheat prices are at a level not seen since 2008.

Ukraine is known as the “breadbasket of Europe” as it is a major wheat and grain exporter. The country supplied over $6 billion in agricultural products to the European Union in 2020. The leading exporter of wheat in the world is Russia. Together, Russia and Ukraine supply nearly a third of the world’s wheat and barley exports which are necessary ingredients for bread, noodles and animal feed. China and India rival Russia’s production, but both countries consume most of what they produce domestically. The U.S. produces enough wheat and grains to feed its citizens and is also a top wheat exporter – but that doesn’t mean that the U.S. won’t see price hikes as commodity markets across the globe will all be impacted by the unrest.

In March 2022, Ukraine issued an emergency order banning the export of grains and other products. The ban includes the export of wheat, oats, millet, buckwheat, sugar, live cattle, and meat. The export ban will reduce global food supplies just when prices are at their highest level since 2011. The ban was imposed because of worries that Ukraine may not have enough food to feed its own people and may not have a surplus for export. Inside Ukraine shipments of seeds, fertilizer and diesel fuel (needed to run farm equipment) are disrupted and delayed. The military conflict also causes fear of working in the fields as well as depletes human resources.

Ukraine is also a major global supplier of corn and sunflower oil and it exports organic oilseeds and organic grains. In fact, organic oilseed is Ukraine’s second-largest export to the U.S., according to the USDA. In 2021, U.S. organic oilseed imports from Ukraine reached 1.85 billion pounds. These oilseeds and grains are fed to livestock and poultry that are sold as organic certified. Organic meats are a growing part of U.S. sales and account for 6 percent of chicken meat sold in the country. Perdue, one of the world’s leading sellers of organic meat, sources organic feed ingredients from Ukraine and the company has expressed concern that its organic chickens may become too expensive to produce in the U.S. without crops from Ukraine to feed them.

Prices across the board will rise to perhaps historic levels. While this will create real hardship in the developed economies of the U.S., the U.K. and the Eurozone, people in Africa and parts of Asia who have the lowest incomes may face far more than hardship. 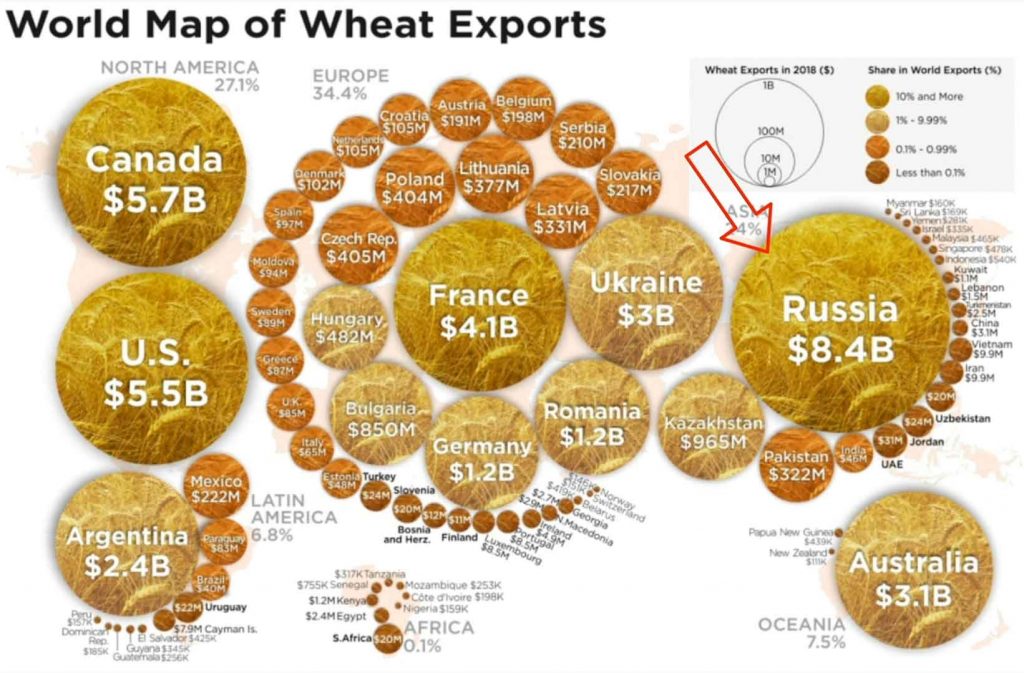